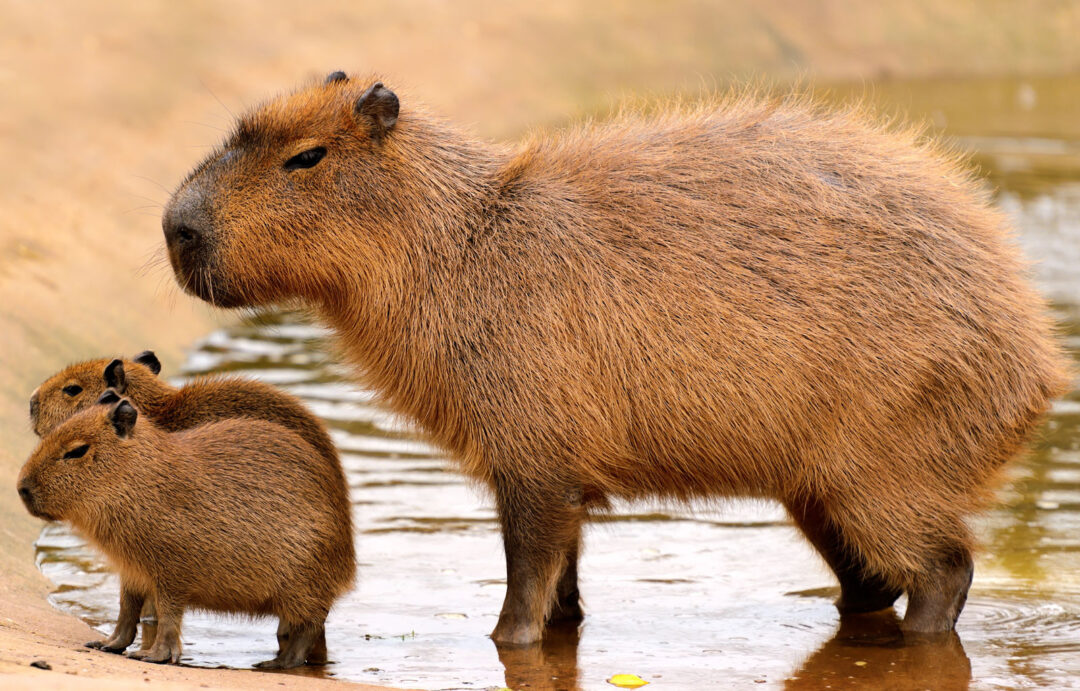 Guinea pigs or ‘cavies’ (from their scientific name Cavia porcellus or ‘little pig’ in Latin) are not related to pigs or from Guinea!

Today we are taking a look at behaviour and trying to work out what they might be trying to say to each-other and us. But first up here’s some fact I think are interesting;

►Guinea pigs are rodents whose ancestors originate from South America. They no longer exist in the wild although they do have cousins such as the Brazilian Guinea Pig.

►Their average life span is 5-7 years, but may live longer (my oldest pig was just over 8). The oldest guinea pig recorded lived for 14 years.

►A male guinea pig is called a ‘boar’, a female is a ‘sow’ and babies are ‘pups’. Pups mature quickly and are weaned at 3 weeks!

►They have been popular as pets (and, sadly, food) for thousands of years. The Incas domesticated them 3,000 years ago!

►They are members of the ‘cavia’ family and closely related to capybaras (see pic above)!

► They do not burrow underground, but will happily steal another creature’s home! It is very important that they have a hidey-hut each to bolt into if they feel under threat.

► Guinea pigs use various forms of body language and sounds to express their feelings.

What their sounds mean

Based on my own experience and probably hundreds and hundreds of hours watching and listening to my own piggies, I’ve written a list of the most common sounds. Terms and phrases use to describe piggy vocals differ but you’ll get the idea!

Wheeking: a loud, high pitched noise which usually means your pig is excited. It often happens when they are being fed or when they hear you open the fridge! It can also be a way of a lone pig finding its herd (I’ve hear babies doing this when they find themselves a bit lost).

Chugging: a happy sound that I always think of as a ‘chug’ of a train pootling along. Contented pigs make this sound and I use it to judge how introductions between new pigs are going. It’s a great indicator that they are feeling contented and settled. Outside of bonding, you hear this in daily life as they mooch around, particularly during and after the ‘big clean’ when everything seems new and fun!

Rumbling (persistent): a strange noise that sounds like a rumble. Pigs look and feel like they are vibrating, and sway from one back leg to the other (this is also known as a rumblestrutt). It’s often interpreted as a show of ‘dominance’ but I think it is often more complex and can mean different things. Piggies rumble when they are ‘showing off’ or getting excited for food. It’s not always negative but will be seen a lot when introducing new guinea pigs who are ‘sussing’ each other out.

Rumble (singular, short burst): Guinea pigs may do this when they hear a sudden loud noise or when their hair is being brushed the wrong way (which is irritating to them). I hear this when I drop something near them or if they hear a strange sound outside.

Chattering (loudly to other pigs): Pigs chatter their teeth together as a warning to others (they sound like Hannibal Lecter!). They tend to raise their heads when making this sound. See this excellent clip I managed to get by accident. In my photo shoot for this blog I made the error of taking pictures of Acorn (who lives with Conker) right next to Homer’s group. Acorn really doesn’t like other pigs at all and seeing them moving around a few feet away made her irritated! Unlike most piggies she’s aggressive with anyone except for Conker. This is a great video to demonstrate chattering though!

Chattering (more softly and aimed at us humans): A more relaxed type of chatter which often means that the guinea pig wants a treat which is somewhere nearby but out of reach. I hear this sound if I don’t provide dinner quick enough! I always see it as a bit rude, like they are cursing me for being slow…

Whinging: this is a sound of annoyance and a bit of a warning. You’ll hear it when piggies don’t want to share food with each other. I interpret the sound as complaining, moaning or being grumpy, see what you think in the video below:

Squealing: a high-pitched unpleasant sound like a farmyard pig squeal. It is a sound of discontent, often caused by being bitten or picked on by others. I’ve fostered rescue guinea pigs who have been so distressed from previous contact with people they have made this sound when being picked up.

Chirping: this is as rarer sound, like a bird chirp. It is not certain what this noise means but it could be related to when a baby guinea pig wants to be fed. The jury is out – myself and a friend have chirping pigs (I’ve only had one in my whole life) and still can’t decide. It’s not time specific but they do seem to go into a sort of glazed trance. Who knows! Hear my recording of Homer chirping below:

‘Popcorning’: which is an excited jump and twist in the air. This is sometimes mistaken for a pig having a fit by people who have never seen this before.  In fact it is a sign of joy, like a rabbit ‘binky’! It can also be a subtle shake of the head, a small release of joy! They are sometimes ‘contagious’ and set off a chain reaction of popcorning pigs! Babies (like Maki in the video below) are often the best popcorners… there’s some nice ‘chugging’ in this video too.

‘Zoomies’: when a guinea pig runs very fast around their pen doing laps. This is the sign of a very content piggy indeed! They usually try and stick to the sides of their pen or do circuits or figures-of-eight!

Chasing: this is common when introducing new guinea pigs to each other. A certain amount of chasing is to be expected and will usually settle within a few days. It’s not always aggressive and can just be due curiosity. It does happen among established pig pairs and groups too. You may see the ‘chased’ pig actually kick out and aim wee at the chaser, I think I’d stop after that you…

Mounting: this is common between females when they are in season, but all guinea pigs may do this regardless of gender. Again, don’t worry too much about this, it is normal behaviour.

Rumblestrut: this is when a guinea pig sways on one back leg to the other (see rumbling). It is a common behaviour and very entertaining to watch! I hear this sound daily with my guinea pigs, it’s part of life!

Barbering: this is when one guinea pig chews another’s hair. I’ve experienced this behaviour once or twice. The piggy being ‘barbered’ was very non-plussed and the ‘barberer’ only chewed the very ends of his hair. It can get extreme apparently (I’ve not experienced this) and if left can leave to baldness and distress. Obviously eating hair isn’t great but I’m not sure they actually digest it. This another behaviour that’s a bit of a mystery!

Yawning: when introducing piggies keep an eye out for yawning. It doesn’t always mean that they are tired – guinea pigs yawn to show their teeth as a warning sign to others.

Two pigs raising their heads: you can see this a little bit in the video above – Homer raises his head when meeting Lady Jane for the first time. Sometimes this can be more dramatic with both pigs raising their heads at each other. Generally, who ever raises their head highest wins this ‘show of strength’. Read more about this behaviour during bonding in my Companionship blog tomorrow. 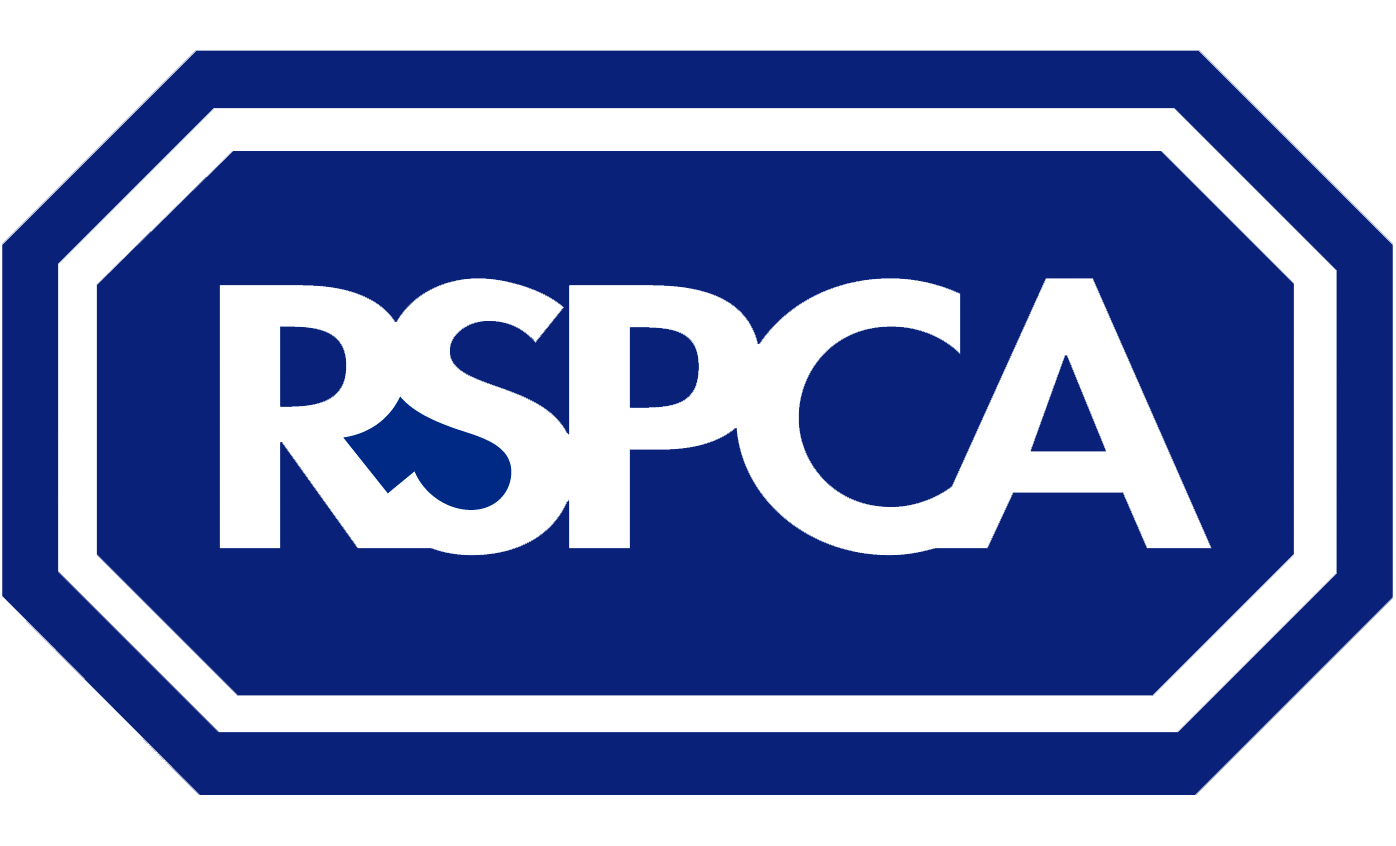